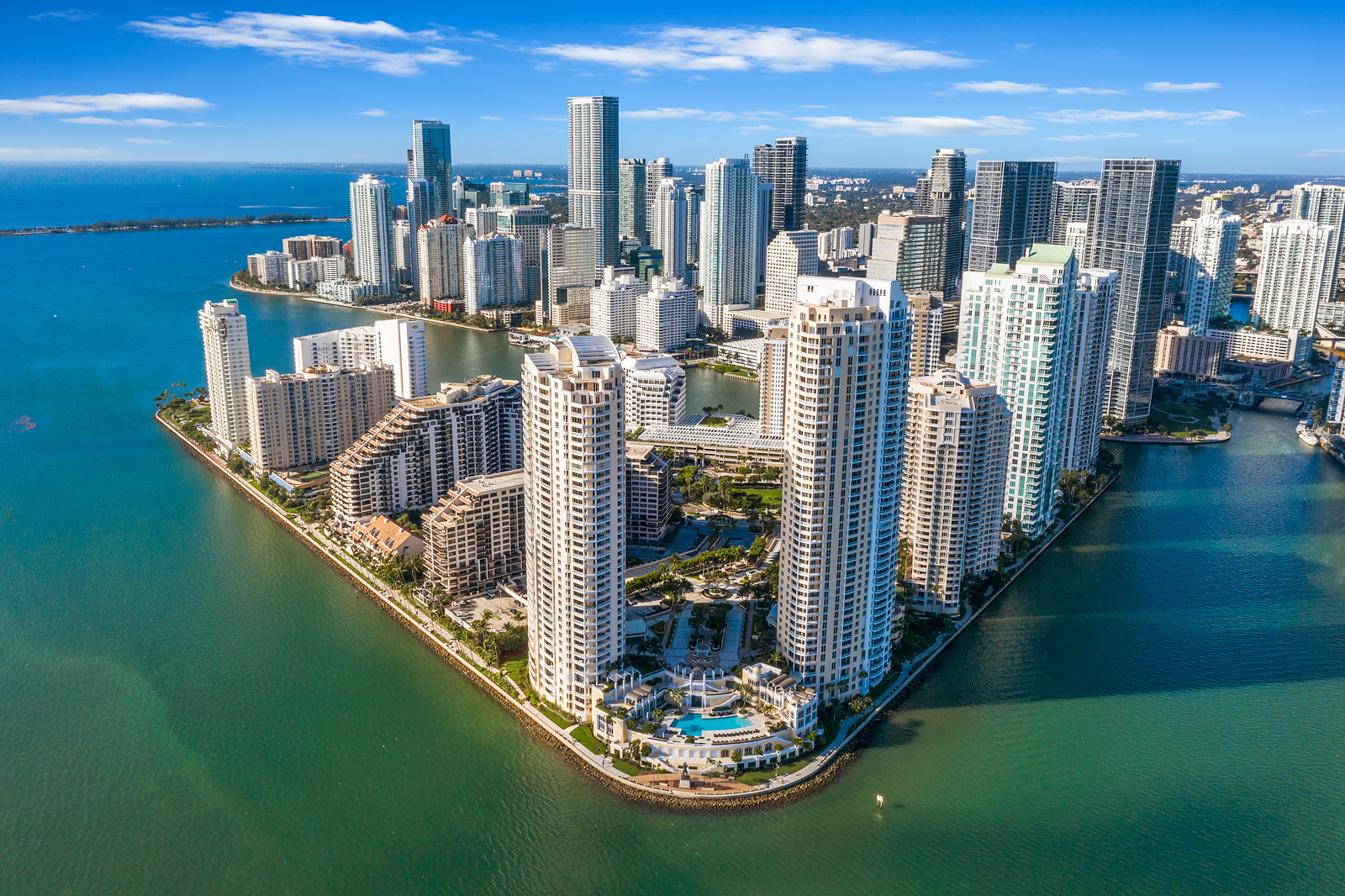 Included below are homes for sale in Brickell. If you would like more information on any of these Brickell real estate listings, just click the "Request More Information" button when viewing the details of that property. We can provide you with disclosures, past sales history, dates and prices of homes recently sold nearby, and more.

And, if you haven't already, be sure to register for a free account so that you can receive email alerts whenever new Brickell listings come on the market.

Brickell is a neighborhood in the city of Miami.  Think New York City meets South America, as gleeming towers line this cosmopolitan district. Known originally as Miami's financial district, the area has grown with residential towers, businesses, restaurants, and more.  The bustling Brickell City Center adds a pulse to the area with tons of luxury shopping, upscale dining, a movie theater, and the East Hotel. This area is highly walkable, so leave your car at home.

The Brickell area is best known for a variety of condos with city and bay views. Here are a few of the admired ones.

Brickell is full of all the conveniences that you could ever need. Full of restaurants and shops, the area is extremely walkable and other major parts of the city, Miami Beach, Downtown, Midtown Miami, Wynwood and the Miami Design District are very easily accessible by car or Uber/Lyft.

Brickell City Centre offers plenty of upscale shopping, dining, and a movie theater. Mary Brickell Village is across the street with additional restaurants and bars/lounges.

Although Brickell is not well known for parks, there are some green spaces. There are some small parks like Brickell Key Park, Southside Park, and Simpson Park, and walking down to Brickell Bay Drive with nice views of the water can be very refreshing. Margaret Pace Park in Edgewater, about 10 minutes away by car, is probably one of the better options with exercise paths, tennis courts, volley ball, basketball courts, and breathe taking views of Biscayne Bay.

The proximity of Brickell to Downtown Miami gives access to an amazing amount of arts and culture. Perez Art Museum and Philip and Patricia Frost Museum of Science are about 5-10 minutes away. The Adrienne Arsht Center of the Performing Arts hosts the Florida Grand Opera and Miami City Ballet and showcases many Broadway and theater shows for all to enjoy.

Thinking of buying a home in Brickell? Or, perhaps you're ready to sell?

Our agents are trusted professionals who work full-time; you’ll partner with a dedicated expert whose only aim is to help you reach your goals.

Contact Us
Questions? We're Here to Help
Recently From Our Blog