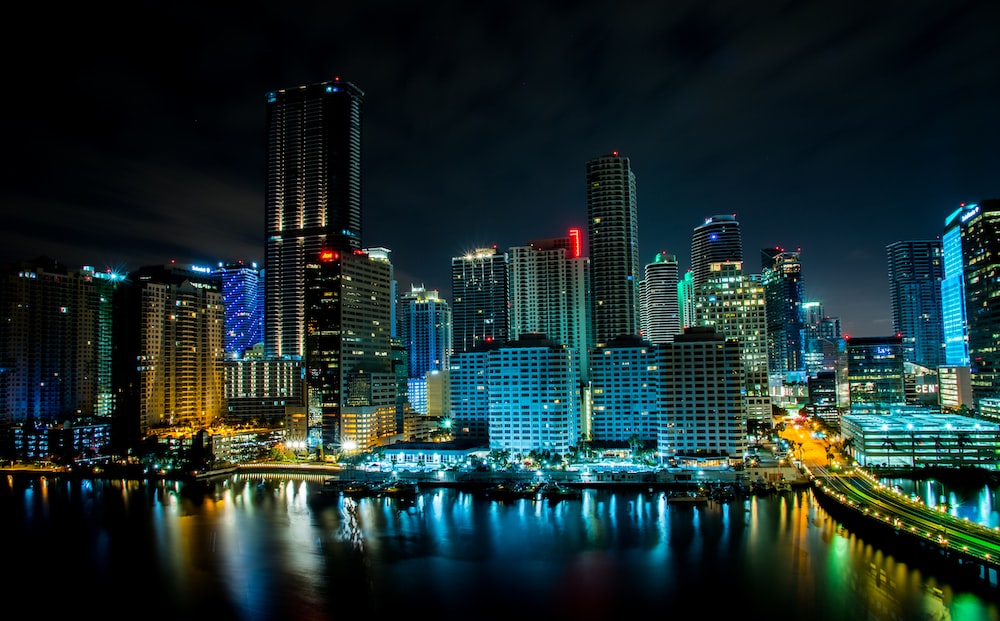 Included below are homes for sale in Miami. If you would like more information on any of these Miami real estate listings, just click the "Request More Information" button when viewing the details of that property. We can provide you with disclosures, past sales history, dates and prices of homes recently sold nearby, and more.

And, if you haven't already, be sure to register for a free account so that you can receive email alerts whenever new Miami listings come on the market.

Miami is famous for its warm beaches, tropical landscape, and its gorgeous highrises, as well as its grand homes, which attracts seasonal visitors in the winter as well as tourists year-round. Depending on who you speak to, “Miami” refers to either the specific city or the entire county where it’s located, which was officially renamed “Miami-Dade County” in 1997. Its popular vacation rentals, glistening waters, and unparalleled subtropical climate make the entire region one of the U.S.’s most coveted places to live. And with South Beach, Wynwood, and Star Island nearby, City of Miami residents are never far from an art or music event or a great time.

Homes in the Miami real estate market are more expensive compared to other areas in the U.S., which has done nothing to slow the growth of this vibrant city. Miami continues to see an influx of new residents year after year, which keeps the value of homes in the area on an upward trend.

Types of Properties for Sale

Aspiring residents can take their pick of some of the most beautiful residences in the country, ranging from luxurious highrise condos to luxury single-family homes and estates. Apartments, multi-family homes, and even manufactured homes are all readily available throughout the City of Miami in sunny South Florida.

Miami, Florida, is a melting pot of hundreds of unique cultures, which is reflected in the various architectural styles found throughout the entire city. Certain styles of architecture dominate in some neighborhoods more than they do in others, like Art Deco in South Beach or the Mediterranean Revival-style homes in Coral Gables. Florida Ranch, Mid-century Modern, Spanish Revival, and Modern + Contemporary are among the other diverse architectural styles available throughout Miami, FL.

Miami is a rich and diverse city that hugs a lengthy shoreline of South Florida adjacent to the gorgeous Biscayne Bay. Because the city was founded by Bahamian pioneers, European settlers, Seminole Native Americans, and migrating African-Americans, Miami’s origin story started out as a South Floridian melting pot. This fusion of unique cultures still carries on today, with over 2.7 million diverse people populating greater Miami.

The City of Miami is said to have a tropical monsoon climate, meaning the city has hot and wet summers and short winters that are still significantly warmer than northern regions of the U.S.

Winters are also drier than most other areas, and the city is prone to hurricanes between June and November.

Next to its beaches, Miami’s parks provide some of the best outdoor activities for individuals and families who enjoy lush green spaces. The most popular parks in the area are the all-encompassing Margaret Pace Park, the waterfront David T. Kennedy Park, and the sports-focused Charles Hadley Park.

Tropical Park is yet another highly-rated park in Miami, which hosts Santa’s Enchanted Forest annually, the world’s largest holiday theme park. Dozens of other parks can easily be found throughout the area, as well as a number of recreational areas for adults and youth.

Miami and the Beaches is home to some of the most iconic and largest shopping centers and districts in the US. Among the most popular are Aventura Mall, Dadeland Mall, Lincoln Rd, and Brickell City Centre. The Miami Design District is also highly rated among both locals and tourists for its designer shops, art galleries, and eclectic blend of trendy restaurants. The restaurant scene is also incredibly diverse with a new restaurant everywhere you look with cuisine from every corner of the world.

One of the oldest and most breathtaking museums in Miami, Florida, is the Vizcaya Museum & Gardens—a Gilded Age estate located in the southeastern part of the city. This National Historic Landmark houses a massive 11-acre garden and 11 historic buildings on a grand 34 bedroom estate.

The Philip and Patricia Frost Museum of Science is another massive attraction, complete with planetarium exhibits and exciting wildlife centers. Other museums in Miami include the Perez Art Museum, Cubaocho Museum & Performing Arts Center, the Haitian Heritage Museum, the Museum of Art and Design (at Miami Dade College), and the Jewish Museum of Florida.

For concerts and plays, visitors frequent venues like the Adrienne Arsht Center for the Performing Arts, the Bayfront Park Amphitheater, and the Olympia Theater in Miami and the The Filmore on Miami Beach. Several other similar venues are sprinkled throughout the city, making it easy to view live entertainment at any time of the year.

The City of Miami is part of the Miami-Dade County School District, which houses over 390 schools that comprise the fourth-largest public school system in the country. Over 345,000 K-12 students are enrolled in this school system, while another 58,000+ students attend over 300 private school facilities. There are also many specialty schools found throughout Miami, Fl, including Charter Schools, Montessori, faith-based, and special needs schools.

Receive average home prices, sales history, and the latest trends for this area, along with support from our trusted team of real estate professionals. Work with a dedicated expert familiar with Miami, Florida, by calling us at (305) 490-8519 today.

Contact Us
Questions? We're Here to Help
Recently From Our Blog